'Welcome to the Jungle' An architectural photo perspective of the Yellow Building in Phnom Penh Cambodia. 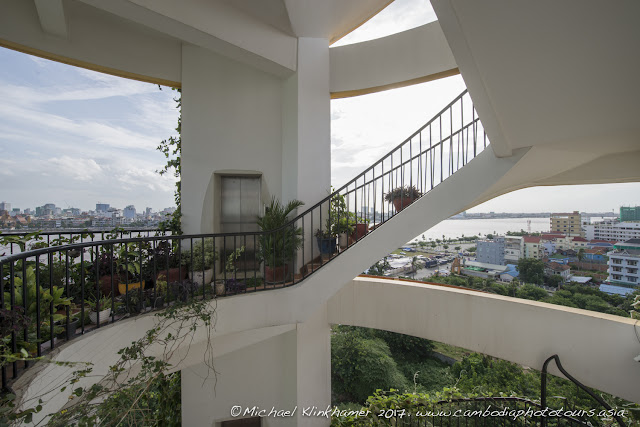 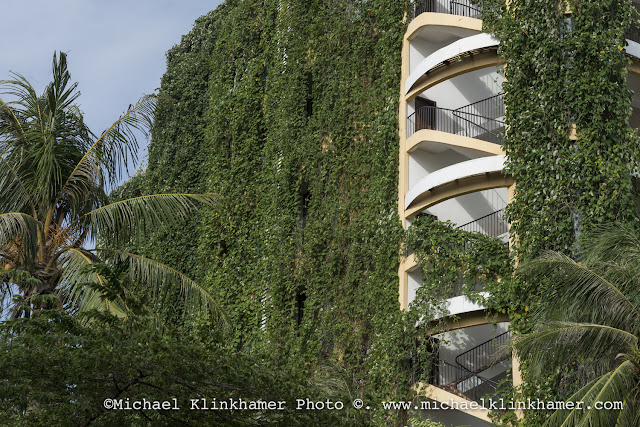 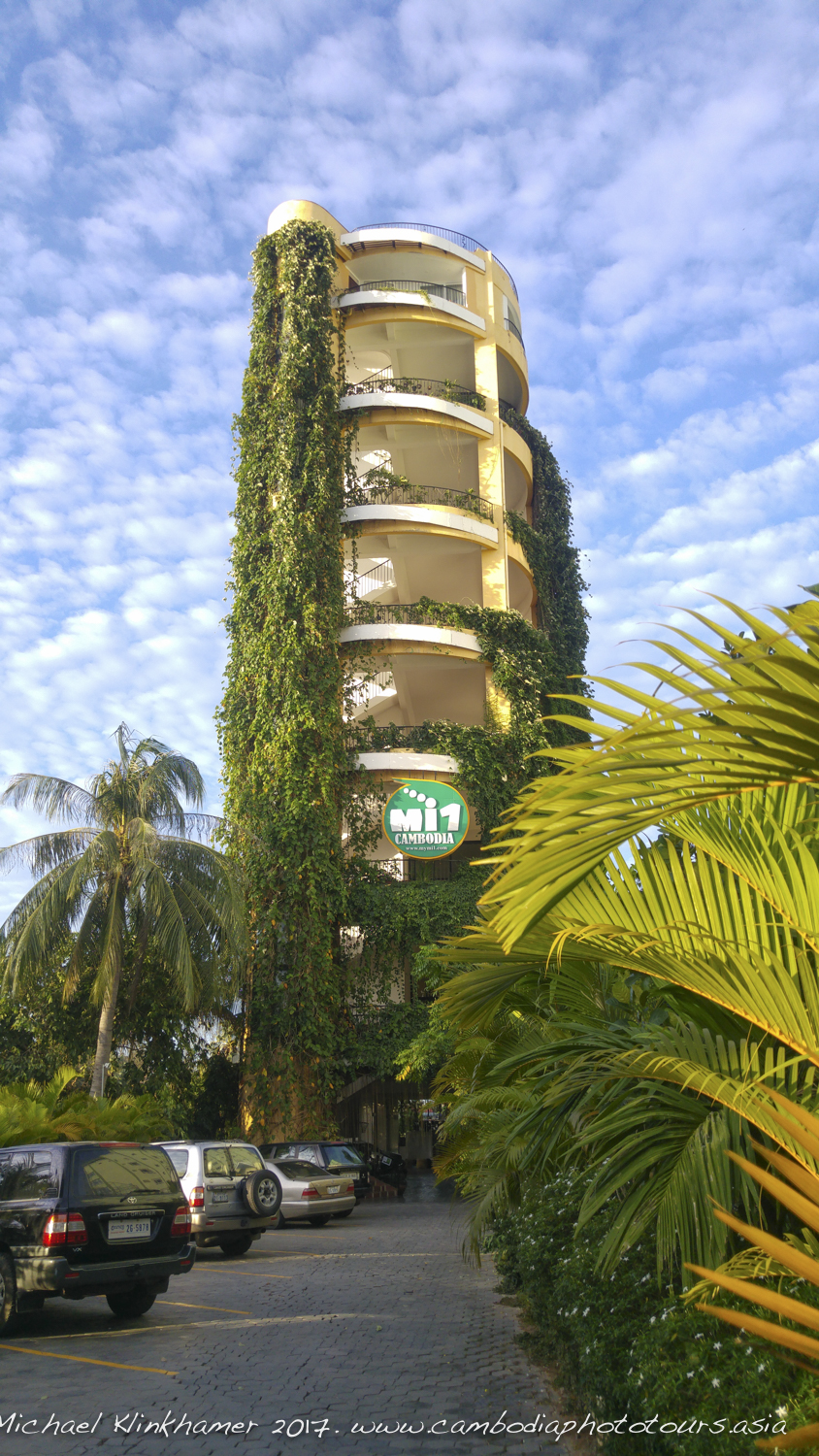 Following a ride over the Japanese Bridge across the Tonle Sap to “The Other Side”, you take a right turn and head along the peninsula, towards the confluence with the Mekong, the 7-storey Yellow Tower rises up, easily visible from the Riverside, an unusual building specially designed as a workplace for technology and development.
The Green Penthouse is the creation of the Gjemmestad family, who have lived in South East Asia for 23 years. It sits at the top of the Yellow Tower, their home for business and family in Phnom Penh.
The vision for creating a nature-inspired environment in the city came to the family after spending time deep in the Cambodian jungle, in the Kirirom National Park, just two hours drive outside of Phnom Penh. Coming back to the city they didn’t want to leave the jungle behind, so they brought it with them.
They built the Yellow Tower into a living vertical forest, experimenting with growing over 100 plant species on the façade and within the building. 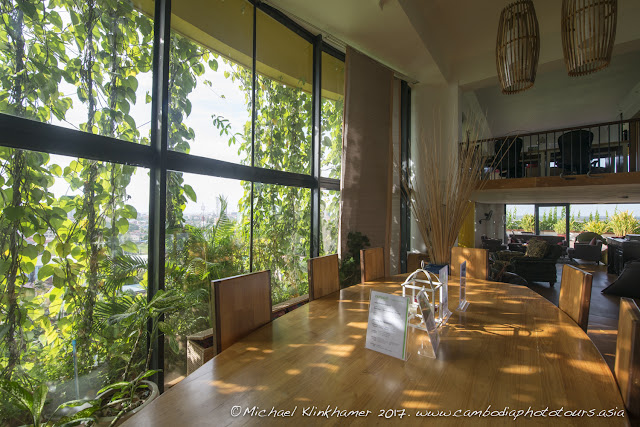 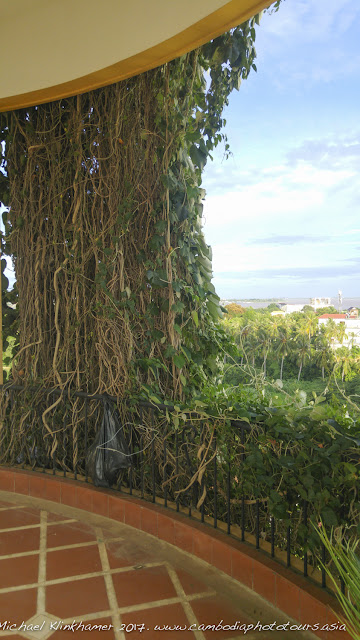 Now, encased by 2,400m² of climbing plant life, the vertical forest on the Yellow Tower is a testament to the family’s relationship with nature—a reminder that while cities grow, plants were here before us and will be here after us. This reminder inspires a sense of awe—one of the most restorative emotions we can experience. It improves health, instills calmness, opens intuition and boosts creativity. It promotes altruism, and gives us the capacity to cope with life’s demands. 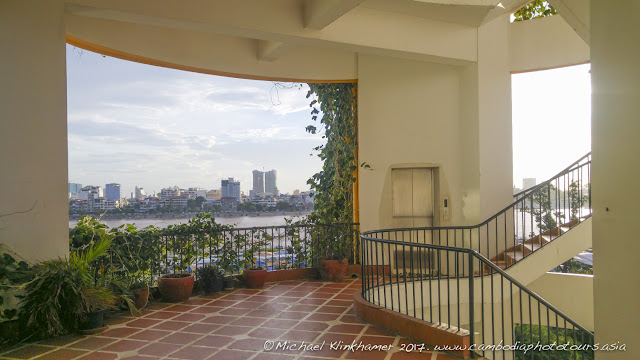 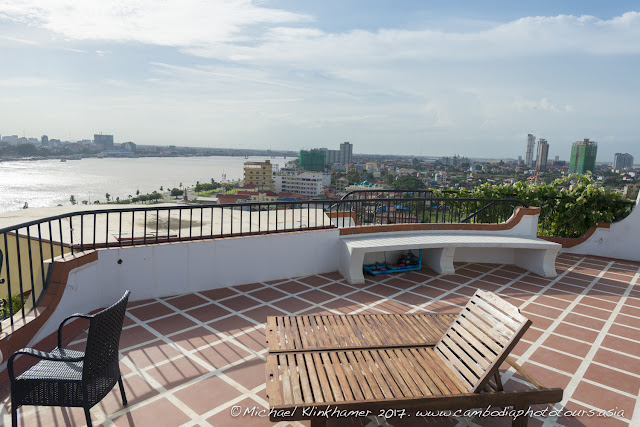 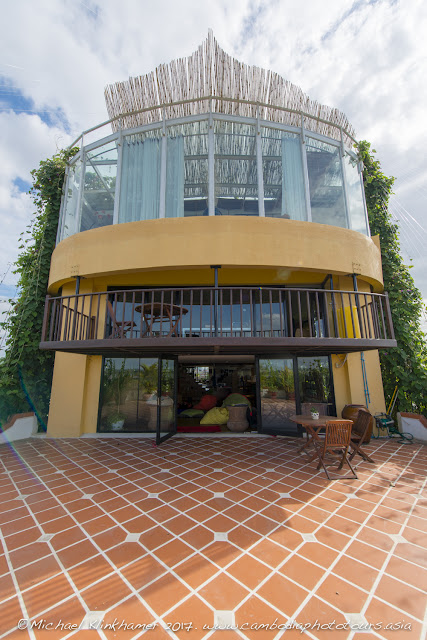 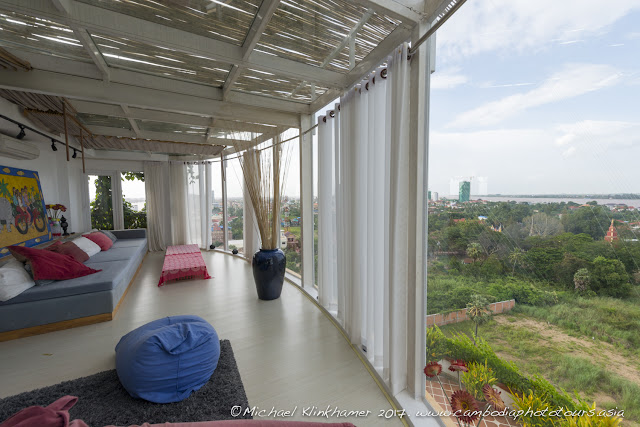 As the curved-glass elevator speeds up the front edge of the tower, the view up and down the Tonle Sap and across to the Riverside district swiftly becomes a stunning panorama.
The architects believe the building offers attractive, specifically designed space for creative work and development.
The architects’ design purpose was to create “a sense of an environment inspired by nature” with a buffer between the hot sun and the working space. Each floor has its own dedicated IT room and storage, along with an executive bathroom and shower, plus two other toilets on each floor for ladies and gents.
The building was designed with eight meters between the columns, offering large, unbroken open spaces, each floor with a different style of mezzanine; each floor five meter high. 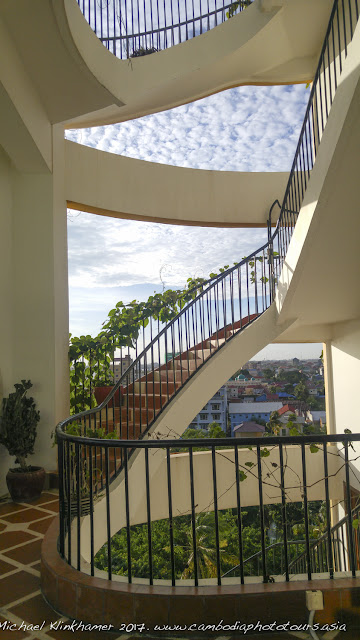 The architects wanted a lot of natural light and to follow a “permaculture” principle in which, for example, the climbing plants would survive on their own without any maintenance, according to a “forest in the city” concept. “A forest does not need people to survive.”
The different varieties of climbing vines include species that will yield fruit, the architects hope, but because of the wind they are now experimenting to see which vines will adapt best to the conditions.
The peninsula where Yellow Tower is located is steeped in Cambodian history. The armies of Champa paddled right by on their way up the Tonle Sap to sack Angkor Wat in 1177.
Phnom Penh in those days was known as Krong Chaktomuk, meaning “City of Four Faces” because the confluence of the Mekong, the Tonle Sap the Tonle Bassac form an “X” that is embedded deeply in the history and the psychology of Southeast Asia.
“This is a place where you get fresh air, a constant breeze, a nice view, and feel close to nature. To inspire a creative and productive workspace is the idea behind Yellow Tower,” said one of the architects, sitting on the sixth floor looking out over Tonle Sap as the sun set in spectacular colors on the horizon. 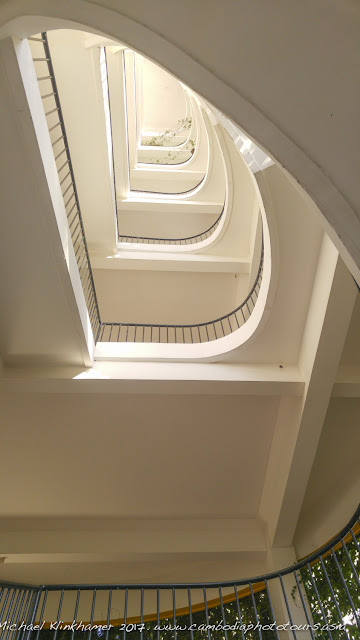 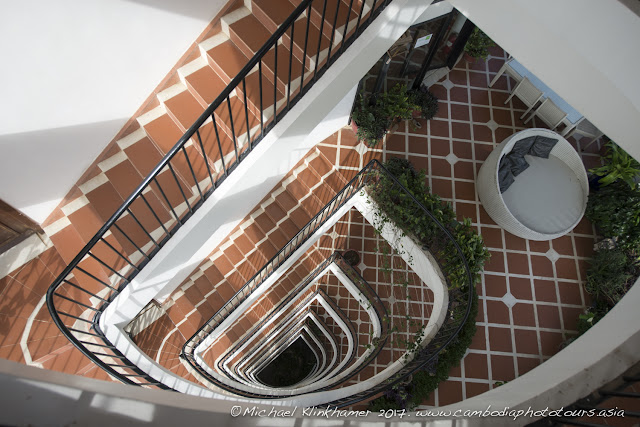 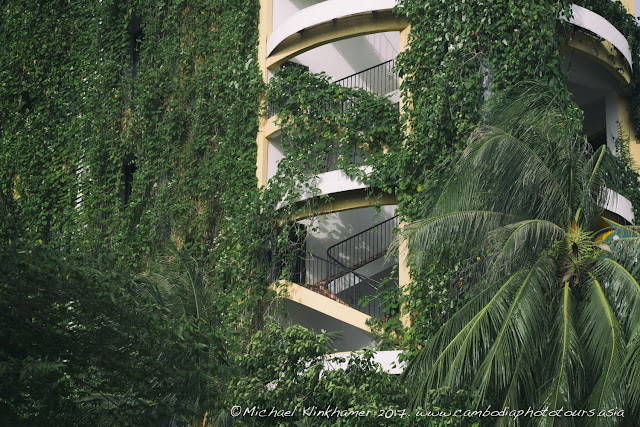 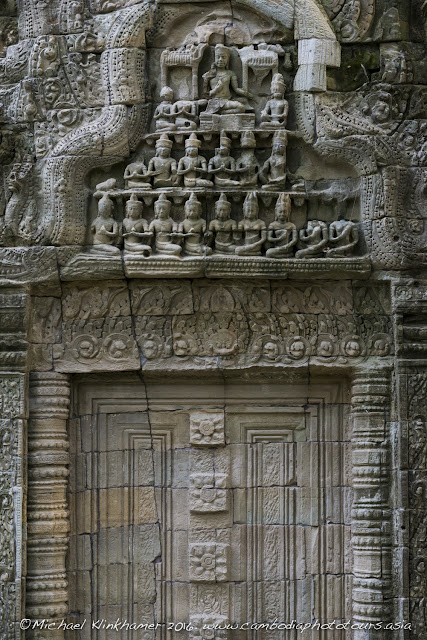 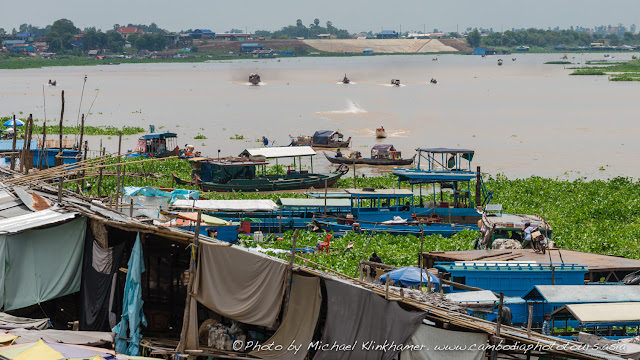